13-year-old boys are tough to buy gifts for. They’re a little old for most things designed for kids, but they’re not quite old enough for a lot of things designed for teens. Plus, they’re notoriously rough on their belongings, so you want to get them gifts that they won’t destroy within a week. And, of course, you want it to work for your budget as well.

So, to help you out, I’ve put together this list of the best gifts for 13-year-olds boys. Each of these gifts is 13-year-old approved. Seriously, I ran them by my 13-year-old nephew and his friends to see what they thought and each gift got their seal of approval.

Now let’s get to the gifts for 13 year old boys.

When you think of skateboards, you might think of people doing tricks, but they’re actually an increasingly popular form of transportation too! Cruiser skateboards are designed for quickly traveling short to mid-length distances on streets or sidewalks. They’re great for 13-year-olds who are itching for a way to get to friends’ houses or just for something to ride around the neighborhood, while parents will love that a skateboard gets their child outside rather than in front of a screen.

The extra stability of these boards also means that they’re great for beginners, so there’s no worry if the 13-year-old in question doesn’t have skateboard experience already.

Need a gift? Check out these highly-rated Cruiser Skateboards on Amazon

Scooters are in style, but not the basic Razor scooter that I had at 13. No, these days, kids want the electric version. Electric scooters are something different from a bike, and it’s self-powered which is a good first step towards operating the vehicles they really want to be driving around (cars, motorcycles, spaceships, etc).

Like cruiser skateboards, electric scooters help kids get around without needing a ride from an adult and they get kids outside. Many adults enjoy electric scooters as an alternative to cars and bicycles, too, so you probably don’t need to worry about your teen growing out of their electric scooter either.

Need a gift? Check out these highly-rated Electric Scooters Amazon

If you have an aspiring YouTuber or twitch streamer on your hands, or just a kiddo that likes skateboarding, BMX, or something along those lines, an action camera that they can use to record their exploits and upload them. You don’t need to get a fancy action camera like a GoPro, though. An entry-level action camera is great for aspiring filmmakers and tik-tok stars, or just for those who want to record family vacations and school trips.

Need a gift? Check out these highly-rated Action Cameras on Amazon

Most 13-year-olds probably have a wallet already, but it’s probably bulky and possibly themed after a cartoon character. Now that they’re growing up, why not get them a wallet that matches? Minimalist wallets are very popular right now among both teens and adults. A minimalist wallet won’t take up a ton of space in his pocket but will hold his cards and cash. They also come in a ton of different designs, so you shouldn’t have a problem finding one that matches his style.

Need a gift? Check out these highly-rated Minimalist Wallets Amazon

Need a gift? Check out these highly-rated Bluetooth Speakers on Amazon

If you don’t exactly relish the idea of hearing your kid’s music out loud (or if your teen just already has a Bluetooth speaker), Bluetooth headphones are a good alternative. They’re also great for PC and mobile gaming, though most consoles aren’t Bluetooth compatible. Depending on your kid, you can go with either an over-the-ear option or earbuds. Earbuds are more compact and portable, but the sound quality isn’t as good and they can be easy to lose. Over-the-ear headphones generally offer better sound, but they’re much bulkier. While that makes them harder to take on the go, it also makes them harder to lose.

Need a gift? Check out these highly-rated Bluetooth Headphones on Amazon

It seems like just about every 13-year-old boy these days is very into video game streamers on YouTube and Twitch. Many of those streamers have fancy RGB light setups on their gaming accessories and around their gaming setup in general. LED strip lights are a great way to let a 13-year-old replicate that without shelling out a lot of money. Plus, you don’t have to worry about which gaming peripheries (keyboard, mouse, gaming headset, etc.) they already have, since strip lights can be used alone or to enhance the effect of existing RGB peripheries.

Need a gift? Check out these highly-rated RGB LED Strip Lights on Amazon

13-year-old boys are at an exciting time in their lives, and they deserve exciting gifts to celebrate that. Whether you have a wannabe streamer or a kid who longs to hit the streets on something with wheels, you should now be well-armed with the perfect gift come holidays, birthdays, and any other special occasions. 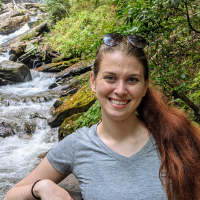 Safe Smart Family® is a free resource for families, with everything from in-depth product reviews to expert home care advice from our team. Read more about us. How to Test the Air Quality in Your Home How Often Should You Vacuum Really?

All of our product recommendations are made by our team of experts, who review each product and give their top picks a personal and professional seal of approval. None of our recommendations are financially-influenced; every top pick is based entirely on merit.

SEND US YOUR FEEDBACK

Have an idea to improve Safe Smart Family?